STUDIO 1 Dance Center was established by Cristina Pack Powers in 1995 in Orem. At 18 years old Cristina had purchased and taken over the studio formally known as Dance Tracks and quickly started making a name for her studio in the area. Cristina housed the studio in Wasatch Square, a 1 room studio off of State Street in Orem. It was here that she began teaching dozens of kids the love and art of dance. Studio 1 competed throughout Utah winning many prestigious competition awards and performed for local community events. Under Cristina’s direction she later expanded to a larger studio in the Square but growth took over quickly allowing her to expand to 3 full studio rooms running classes 6 days a week. On top of owning and directing the studio, Cristina was also a dancer for the Utah Jazz where she traveled and performed during their games. Along the way Cristina added many wonderful staff members to the Studio to further her students’ knowledge in dance.

In 2002 Nicole Pullins (Walker), a long time instructor of Studio 1 and Utah Jazz Dancer purchased the Studio from Cristina.  It was under the direction of Nicole that Studio 1 became a more competitive studio in our area and brought more styles and teachers to the Students. By 2006 the studio was in search of a new home to house all of its dancers and to meet the needs of the Studio’s growing program. In October of 2007 Nicole along with her sister and co-director Natalie Erickson moved the Studio across State Street to its new home, a 7,000 sq foot facility. By 2007, Nicole had relocated to Texas and Natalie was at the helm of running and directing the Studio. During this time Studio 1 had been training area dancers for 13 years and Nicole & Natalie saw their hard work start to unfold. Several of their dancers were now graduates and ready to start their dancing careers and step into teaching positions of their own.

By late 2008 the overwhelming growth of Studio 1 left Natalie looking for a manager to help direct & run the day to day operations of the Studio. Steviee Dunn (Jones) was a former student who began her training at Studio 1 with Cristina as one of her first students upon opening, had since graduated from the studio and had been teaching several classes and teams while touring with L.A Dance Magic. With Natalies help and guidance Steviee started taking on a more authoritative role as Studio Manager.

By Summer of 2012 Steviee had purchased the Studio from Natalie and was ready to take the studio to the next level in offering both competitive and recreational dance classes. Since that Summer Studio 1 has found a new home off of Center Street in Orem. A prime location with convenient and easily accessible Freeway access, Studio 1is able to reach a further population of Utah County. Our new home offers 6,500 sq feet with 3 dance rooms equipped with sprung & Marley floors, 4 bathroom/changing rooms, dance retail space, fully functional kitchen and a large and inviting lobby. With offering additional level classes and a wide variety of classes, the dancers of Studio 1 have reached new heights in their dance training. Our dancers are nationally recognized and several of our past graduates have been on elite collegiate dance teams, performers in stage shows, music videos, cruise ships and more.

Although Studio 1 has grown over the past 25 years, Steviee’s goal and focus goes beyond teaching technical dance. She hopes to continue to grow a caring and warm atmosphere for each and every one of her dancers, creating a 2nd home to those who are filled with the passion and drive for dance and to influence and inspire a new generation of young dancers, who like her, have a love and sense of family with Studio 1 Dance Center. “This Studio, my teachers, were truly my 2ndhome growing up. They taught me how to work hard and be passionate. I hope to deliver those same things to my current and future students and let each of them know that the sky is the limit!”

At STUDIO 1 we offer elite training in various styles from beginning to a pre-professional level. We strive to offer our students the best dance training and opportunities while promoting a strong self-confidence. We value the positive life skills of hard work, responsibility, team work, dedication and determination. Our goal is to assist all our students to help them reach their full potential through the art of dance. Whether they are interested in a professional career or otherwise, STUDIO 1 would like to give our dancers the tools necessary to achieve their goals.

Want to dance with Kathryn McCormick, Teddy Forance and Nick Lazzarini? We are excited to announce that we are partnering with CLI Studios this year to give our students access to the dance industry’s top choreographers. Register with our studio this season and you’ll be able to take online master classes from world-renowned choreographers! 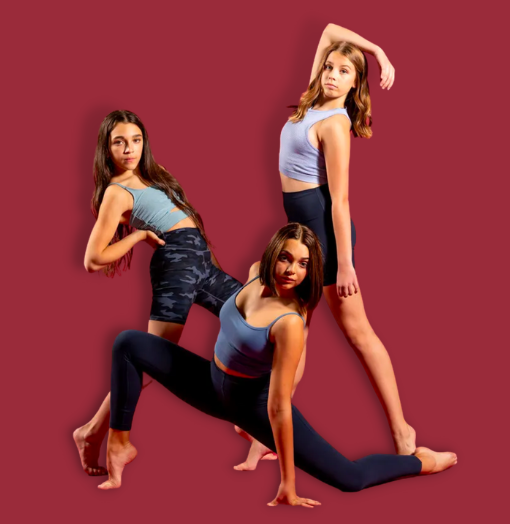 © 2021 Studio 1 Dance Center Utah | All Rights Reserved.
All other trademarks and copyrights are the property of their respective holders.